BIRDING IN THE MOUNT ISA AREA


As I said in the last blog post that the area of Mount Isa has been built on traditional Kalkadoon lands. There is one bird, pretty much an endemic to the spinifex covered ranges surrounding Mount Isa, that has been named after the local indigenous people.

It is the Kalkadoon Grasswren. Previously a sub specie of Dusky Grasswren, it was elevated to full specie status a few decades ago now, leaving the Dusky Grasswren, an endemic of central Australia in and around the MacDonnell Ranges near Alice Springs.

It is, of course, an important target specie for any birder venturing here.

And as a Grasswren never a 100% sure bet. I am pleased to say though given 24 hours in Mt Isa we have been quite successful with this bird. Now the bird is relatively common but it is difficult to see well and it is difficult to photograph - especially when you have a point and shoot with slow zoom and a slow focus.

Plus a few other common species.
During the heat of our winter day we retreated in doors for a while to view the Riversleigh Fossil Centre, a museum interpreting what is a fossil bed of international importance which is located between Mount Isa and Lawn Hill Gorge National Park. 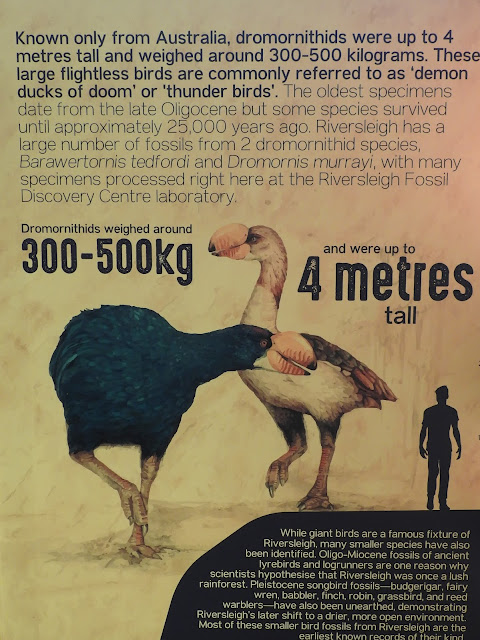 The museum was good, without being excellent. I think they need to present Australia’s contemporary fauna first before they launch into interpreting what these fossils tell us about the mammal [and other] fauna of our past.

Having said that it is amazing to see the reconstructions of so many wonderful animals, some of whom became extinct relatively recently; surviving to only 20 000 years ago. This means of course that they were  contemporaries of Aboriginal people for, perhaps 30 000 years. Given that modern Australia has accounted for a record number of mammalian extinctions within a period of time just over two centuries it seems reasonable that Indigenous people with targeted hunting and contributing to some ecological changes through fire use contributed to their demise…

The gardens beside the museum were small but good. An easy place to fill a half hour or so, particularly if you enjoy trying to photograph anything from dragonflies to lizards to birds.

Lake Moondarra is a large reservoir some 20 kilometres from the city and an essential locale for birding. We ended up spending much of the afternoon there and found some great birds.